Showing posts from December, 2009
Show all 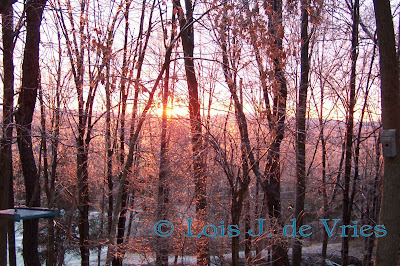 We spent part of Christmas Day talking about our plans for 2010, the majority of which have to do with gardening. First on the list is building my gardener-coaching practice, something new that I’ll be debuting this spring, provided I can stay on schedule (see http://cultivatingtheinnergardener.blogspot.com ).

There’s still that 75-foot cherry tree trunk in the east garden that needs to be removed, but it’s a major undertaking that requires opening up the deer exclosure and hauling sections of the trunk uphill. My friend suggested leaving it where it is and making a feature out of it. We’ll have to see.

The lavender garden is a definite priority. This is the area where we moved the location of the propane tank and are installing a rock wall and wood screen. I’ve planned a double rock wall to create a planter for vertical accent plants, but still haven’t decided which ones. The construction zone will eventually be filled with more lavender plants. I’ve been pleasantly surprised to disco…
Keep reading

Frost on the Pumpkin 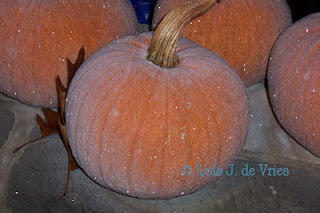 Have you ever walked away from the perfect garden picture without realizing it? I almost did last weekend when we had air temperatures above 32°F and ground temperatures below 32°F. As mist fell, it condensed onto the pumpkins that I hadn’t gotten around to removing from the porch steps. Initially, there was just a faint film. But as the sun set and temperatures continued to drop, sparkling crystals began to form. By 9:00pm, all four pumpkins were completely covered, as if set with crystalline gemstones.I walked past this perfect picture several times before it finally dawned on me that this was the first time I had seen something like this in the thirty-odd years I’ve lived here. How soon was I likely to see it again? Unfortunately, this was not the moment to learn how to take a time exposure in the dark, so the flash had to do. Lessons learned: We can’t be too tired, too cold, or too anything else not to run and get the camera and snap when the opportunity presents itself. We might …
Keep reading 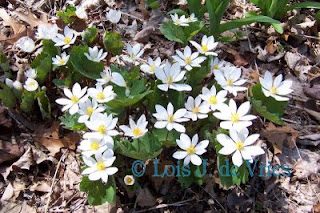 My friend Mary Ann Newcomer at Gardens of the Wild Wild West (formerly Idaho Gardener) is running a contest on why people garden http://www.gardensofthewildwildwest.com/index.php/2009/11/08/why-i-garden-a-contest/ . This one is right up my alley, since I’ve been giving serious thought to how and why people garden for the past five years. But enough about them. Here’s why I garden:

Because it reconnects me to the natural world,Because I understand The Transformational Power of Gardening (http://loisdevries.blogspot.com/2007/08/transformational-power-of-gardening.html) ,Because it cultivates my inner gardener (http://cultivatingtheinnergardener.blogspot.com),Because it helps me extend the lives, by however small an increment, of the other sentient beings who share this space,Because it enables me to enjoy the company of wildlife pets,Because flowers perfume the air,Because the colors please my eye,Because it gives me a means of expressing my creativity and penchant for good design,Becaus…
Keep reading
More posts