Showing posts from May, 2008
Show all

Landscapes Made of Ticky-Tacky 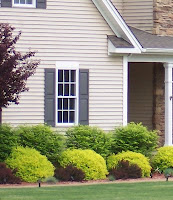 Little boxes on the hillside,
Little boxes made of ticky tacky,
Little boxes on the hillside,
Little boxes all the same.
There's a green one and a pink one
And a blue one and a yellow one,
And they're all made out of ticky tacky
And they all look just the same.Malvina Reynolds wrote it, Pete Seeger sang it, and for the past several weeks, I’ve been having to look at it as I drive by a housing development where the foundation plantings all look just the same. There’s a red one, and a yellow one, and a green one, and a gold one, and they’re all made of invasive Japanese barberry, and they all look just the same.There are no fewer than a half-dozen of these homes with the same landscaping, side by side, visible from the road. The primary difference between them is the color of the dyed mulch. One could argue whether the cultured stone on the façade of these houses should be considered a “natural” look. However the largest portion of each of the lots is in conservation easement, so the b…
Keep reading 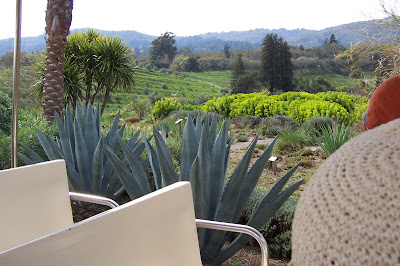 Benziger Winery is not just another pretty vineyard. As we strolled around the visitor’s area waiting for our tour, I was immediately struck by the presence of fruit trees and huge clumps of lavender planted among the vine rows. This, we later learned was all part of their biodynamic farming process.Biodynamic farming is a system of sustainable farming expounded by Austrian philosopher Rudolph Steiner in the 1920s, that goes one step beyond organic farming. The farm is viewed as a closed system in whichall materials necessary, such as manure and animal feed are produced right on the farm, and all farm “waste” is recycled.As it plays out at Benziger’s, the vineyard has a natural advantage for creating such a closed system: It is a bowl that is completely enclosed by mountains, with the Sonoma Mountain volcano (extinct) on one side. Variations in the natural soil compositions lend themselves to supporting a wide variety of grapes. After careful study, the Benzigers plotted out which gra…
Keep reading 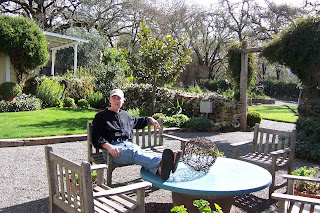 Choosing the right place to stay when traveling makes all the difference. Our drive to Sonoma allowed me to experience California as I had never seen it before --- green. We wound our way through cow country, through the vineyards, getting lost a couple of times. As dusk approached, a certain nail-biting tension arose in the rental car. “Can’t we just stop and ask that guy over there?” I asked. Silence. The car kept moving. Then we discovered rush hour in the countryside --- trapped in the commuter traffic returning from San Francisco. We arrived at Beltane Ranch http://www.beltaneranch.com/ just as the sun was setting. No phone, no TV, acres of grapevines and olive trees, comfortable rooms, a spectacular breakfast, a wood fire to take the chill off, and a wonderful garden. We were too early for the roses, but there were late daffodils and tulips, lush hellebores, exuberant jasmine vines, live oaks with Spanish moss, and euphorbia, which I determined to grow in my own garden. This was…
Keep reading 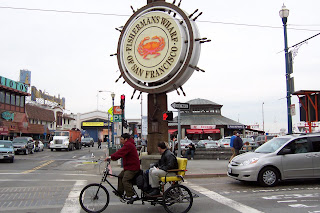 In March, Dan and I ran away to California. We needed to escape politics, grant-writing season, and winter, plus Dan wanted to visit friends and family. He lured me by promising a visit to wine country, good food, and a stay at a bed and breakfast with a garden. I had never been to San Francisco, so we did all of the touristy things, and enjoyed the warmer weather.What’s SF without Fisherman’s Wharf? We had an absolutely fabulous lunch overlooking the Bay. We visited the new-ish Maritime National Park, consisting of historic ships moored in an enclosed harbor, as well as the Maritime Museum. We toured the Balclutha https://pwrcms.nps.gov/safr/historyculture/balclutha.htm probably the only time I’ll have the chance to board a large sailing ship. I have to say this is one of the best uses of taxpayer money I’ve ever seen. We eavesdropped on the local kids’ class tour and there was wonderful play-acting by the interpretive staff, who engaged the children in hands-on activities. Then it w…
Keep reading
May 02, 2008 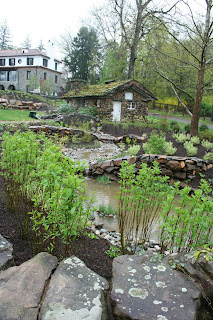 This week, I attended a press event for the Mansion in May,http://www.wammh.org/content.aspx?contentid=12 , a designer showhouse and gardens that is presented by the Women’s Association of Morristown Memorial Hospital. The designers have done a spectacular job and the $25 ticket price goes to support a good cause --- pediatric oncology services at Morristown’s Goryeb Children’s Hospital. The mansion and grounds, Froh Heim (Happy Home), are open now through May 31st.Ensconced in the bucolic setting of Far Hills, this Spanish Revival home is not only unusual for horse country, but also for the Mansion series. I’ve scouted quite a number of showhouses through the years and am always on the lookout for great garden settings, as well.The original gardens of Froh Heim were designed in the 1920s by the “dean of American women landscape architects,” Ellen Biddle Shipman, who wrapped them in an enclosure of stucco walls, creating Spanish courtyards. John Charles Smith & Associates, http:/…
Keep reading
More posts